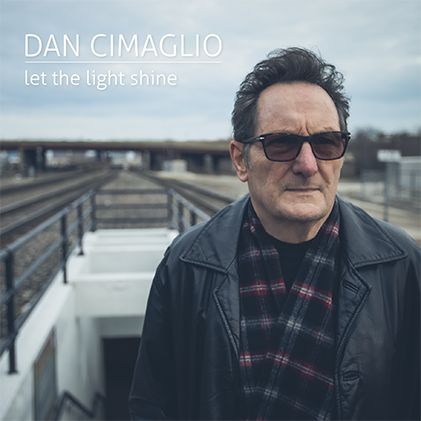 The intent from the beginning for “Let The Light Shine” was to keep the instrumentation to a minimum. Primarily an acoustic album throughout with the exceptions being “til The Morning Light” and “Like A Baby” the emphasis is on the intimacy of the songs. I don’t like talking about genres, I just write the song and let it speak for itself.

Who is Dan Cimaglio?

Singer/Songwriter Dan Cimaglio has been away from Chicago for awhile. Like a long while. During this time away while living in Oregon and Vermont he began to write and accumulate bits and pieces of songs. Upon his return to Chicago he decided it was time to record these songs and release “Let the Light Shine”.

These songs are about love, loss, hope and family. While growing up in a city can give you an urban perspective, living and working in a rural environment gives you an appreciation for the land and the people trying to make something out of it. Dan says “though I may have grown up in Chicago, I feel that I’ve absorbed some of that rural DNA into my life”.